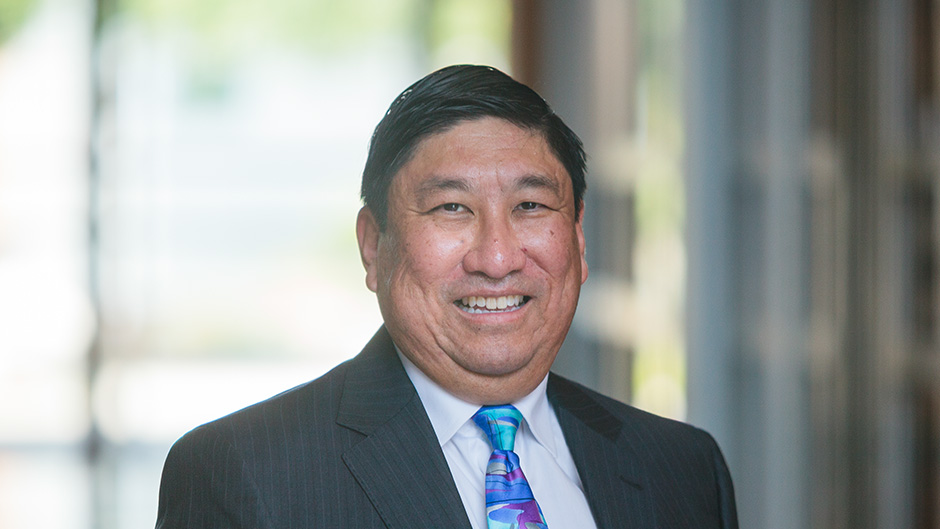 Dr. Whitney Yamamura, the President of Folsom Lake College, will leave the college as of August 31, 2022, after serving in the position for over five years. Dr. Yamamura was the third president in the school’s eighteen-year history. Former Folsom Lake College President Dr. Rachel Rosenthal has been appointed Interim President, effective September 1, 2022.

Dr. Whitney Yamamura began his presidency in July 2017, as the culmination of his more than three-decade career in the Los Rios Community College District. The district which serves nearly 70,000 students in the greater Sacramento region is the second largest community college district in California. Within the district, Yamamura proudly served at all four Los Rios Colleges (American River, Cosumnes River, Folsom Lake, and Sacramento City Colleges) in a wide range of positions both inside and outside the classroom, starting as a teaching intern in 1989 before being hired as a part-time adjunct faculty and then full-time tenured faculty teaching economics and working his way up the administrative ladder as area and center dean, vice president of instruction, and interim president.

During Yamamura’s tenure at Folsom Lake College, he guided the institution through the update of the college’s Facilities Master Plan which included the planning and design of the college’s new science building and phase two of the Rancho Cordova Center, supported the implementation of new placement standards which empowered all students to place into transfer-level English and math courses, expanded the Rancho Cordova Promise program to include military veterans, broadened support services for students of color and underserved populations including the creation of the college’s Equity Center, supported the transition of the college’s Harris Center for the Arts to managing partner VenueTech, developed new career education programs and business partnerships, institutionalized the Prison Reentry Education Program to serve incarcerated students at five correctional partner facilities and formerly incarcerated students upon their return to the college and the community, and successfully navigated the college’s transition to fully remote operations and instruction during the COVID-19 pandemic.

“In more than three decades in Los Rios, Whitney Yamamura served the students, faculty, and staff of our colleges with grace and compassion, and our colleges - as well as the students we serve - are better off as a result of Dr. Yamamura’s service,” said Dr. Brian King, Chancellor of the Los Rios Community College District. “Dr. Yamamura served as the President of Folsom Lake College at perhaps the most challenging time to ever be a college president, and yet was still able to move critical work forward on behalf of our students. He will be sorely missed, both personally and professionally, by everyone in Los Rios. We are exceptionally fortunate that Dr. Rosenthal has agreed to temporarily pause her retirement to return to the college until the search for a permanent president is complete.”

As a fourth-generation Japanese-American and Sacramentan, Yamamura has deep roots in the community. He is the grandson and great-grandson of farmers and farmworkers. His father's family was interned in California during WWII and his father later taught in the Elk Grove Unified School District for more than 30 years. Yamamura has been active in the community having served on the boards of the Folsom Tourism & Economic Development Corp., the Citrus Heights and Natomas Chambers of Commerce, and the Sacramento Asian Chamber of Commerce, while maintaining professional memberships with Asian Pacific Americans in Higher Education, the Association of California Community College Administrators, and as Vice President of the Asian Pacific Islander Trustees and Administrators Association. He was named Folsom Chamber of Commerce Educator of the Year in 2020 and was co-recipient of the national Asian Pacific Americans in Higher Education (APAHE) Annual Award in 2018.

“It’s truly been my privilege to serve our students, our faculty and staff, and our communities. Folsom Lake College is a special place,” Yamamura shared. “I am forever grateful to my wonderful mentors and so many great people who supported me along the way. I know Folsom Lake College has a bright future and I will watch proudly as it continues to grow and prosper.”

To honor Yamamura’s legacy and dedication to removing barriers and providing resources to historically underrepresented students, the FLC President Yamamura Scholarship for Equity has been established by the Los Rios Colleges Foundation. The scholarship will support the ongoing efforts of the college’s Equity Center and students from disproportionately impacted populations. Students will be able to apply for the scholarship starting January 2023. Make a donation to the FLC President Yamamura Scholarship Fund.

Yamamura has accepted a promotional opportunity to serve as the Chancellor of the Coast Community College District in Costa Mesa, CA, and will assume his new position as of September 1, 2022.

Dr. Rosenthal, who served as Folsom Lake College’s second president from July 2012 to December 2016, has paused her retirement and is returning to serve as Interim President starting September 1, 2022, while the Los Rios Community College District conducts a nationwide search for Yamamura’s successor.

About Us
Learn more about Folsom Lake College.

Our History
Learn about the history of Folsom Lake College, which dates back to the 1960s.